This year is the 75th anniversary of the successful assault on Pegasus Bridge by glider infantry of the 2nd Battalion, the Oxfordshire and Buckinghamshire Light Infantry, British 6th Airborne Division, commanded by Major John Howard. The successful taking of the bridges played an important role in limiting the effectiveness of a German counter-attack in the days and weeks following the Normandy invasion.

The Soldiers of Oxfordshire Museum (SOFO) is putting on an exhibition to celebrate the anniversary, and it looks as if a few of us might be able to run a demo game of IABSM one weekend at the museum to help bring the event to life for the general public.

All the running for this is being done by friend Dave, so all I had to do recently was to take part in a playtest of the game to be run… 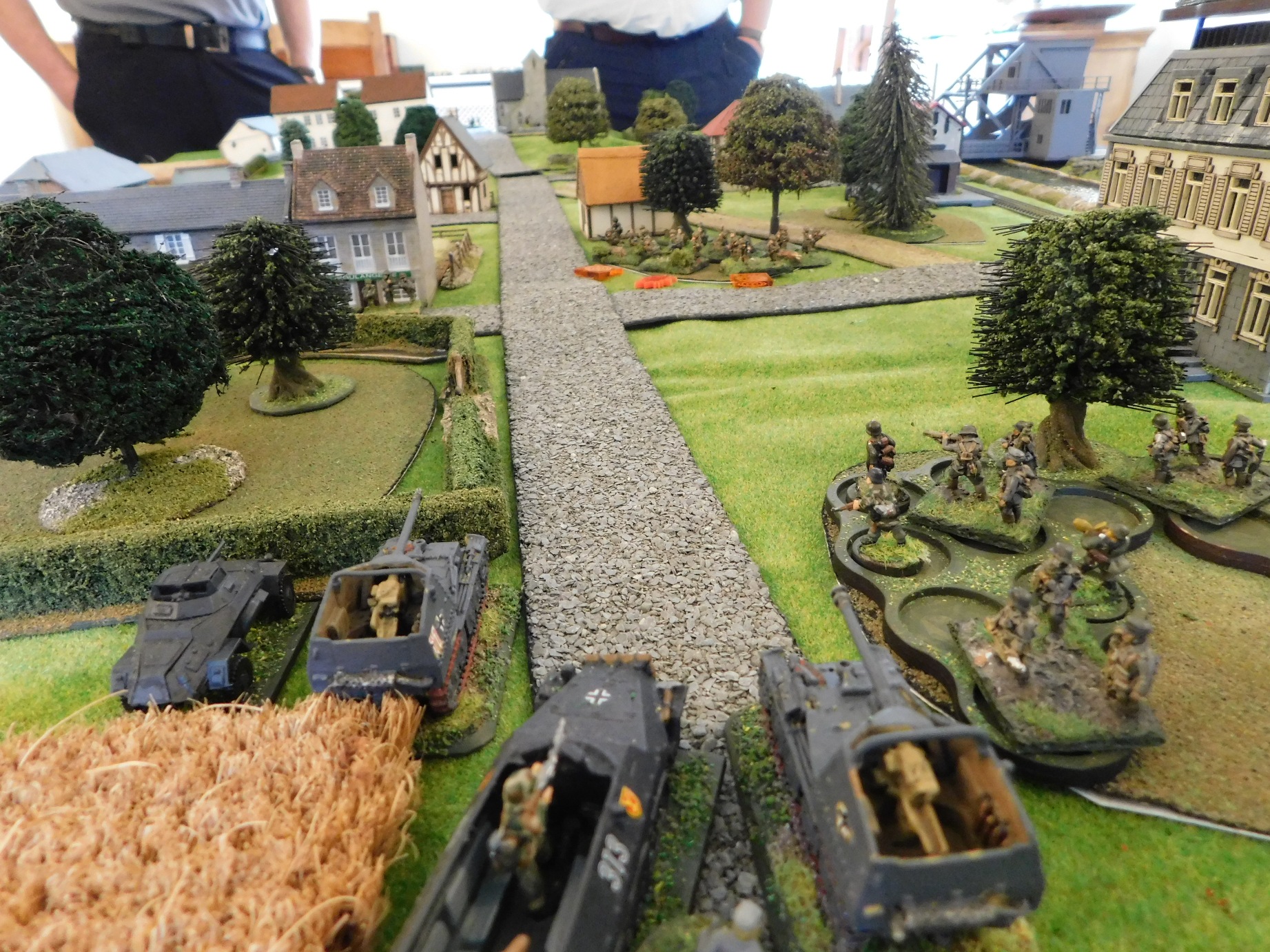 Did you know #397 - in the film "The Longest Day", the part of Major Howard was played by Richard Todd, one of a large number of British actors and extras in the film who had seen actual service in WW2. On the capture of Pegasus Bridge, Todd (as Howard) meets up with a Parachute Regiment officer, mirroring a real incident at the end of the action; in the real thing, the Para officer was in fact Todd himself, making him probably the only actor in film history, who has had to play out a scene with another actor who was portraying him.
No plan survives first contact with the dice.
Top

Good to see the railway line along the canal!

Return to “After Action Reports”